Today I spent over four hours in a car with my old adviser's newest graduate student.  It was interesting, since we had never met before.  We actually found a lot to talk about.  One of the things that we both share is a love of photography, so we stopped about 5 times on the way from Snowmass to Boulder to take pictures.  Along the way, she took about 150 pictures while the car was going.  The trip is absolutely beautiful.  If we had an extra 2 hours, I would have stopped 10 more times and taken some very nice pictures, but we had to be there by a certain time (we were late anyways, since we stopped 5 times...)  I was very jealous of her, since she got to take so many pictures.  Here is one of the pictures that I could take while stopped at the "No Name" exit on I-70.  It is of one of the less impressive parts of Glenwood Canyon. 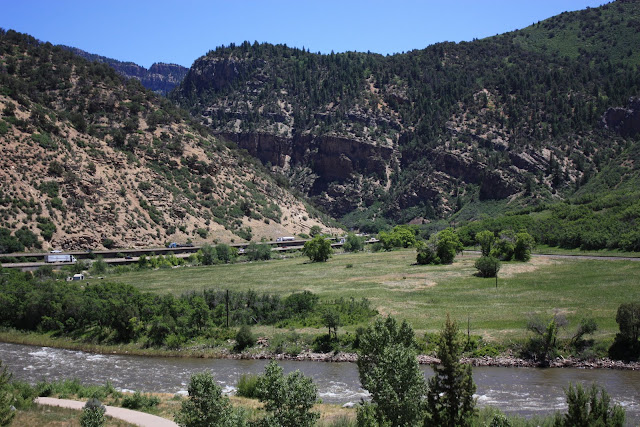 Posted by madscientist at 10:03 PM