Today I started using the RAW picture format.  I can no believe what a difference it makes.  When you compare the jpg and the raw picture, they are, at times, completely different!  You can actually tell in a raw picture when you have camera jitter.  I had never been able to tell before!  It is so obvious now!  Everything is so clearly defined!  I can't believe I ever shot in jpg only!

I have a few pictures that were quite nice.  I took some shots out of the airplane window of some clouds and the ground and such that were pretty good.  When I got to my hotel, I took a walk to the Mall and took some pictures of the Capitol Building.  I think that this is probably the best shot (especially in raw format!)  I am a bit disappointed in it, since I would really, really, really have liked to use some sort of tripod, but I didn't have anything.  So, I set it on the bench and held it as still as I could.  I think that there was little jitter, considering that the shutter was open for 0.8 seconds. 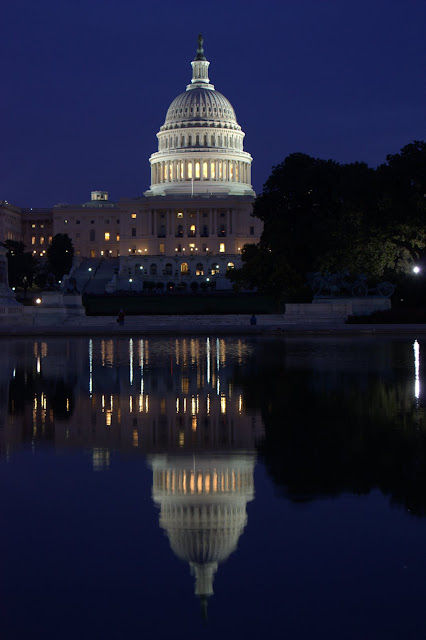 Posted by madscientist at 6:45 PM