Today during a break, I walked back to where I took the pictures last night to see if I could get a better picture during the day.  I am not sure if it is as dramatic, since the night-time pictures are so nice, but it is significantly less blurry and has a LOT of detail.

I also walked by the American Indian Museum (it may have been called the Native American Museum or something like this), and could not help but to snap a few pictures.  The family that was walking up to the museum with me had a boy and a girl who were arguing about who called the "Black Perdidal" first.  It made me laugh out loud. 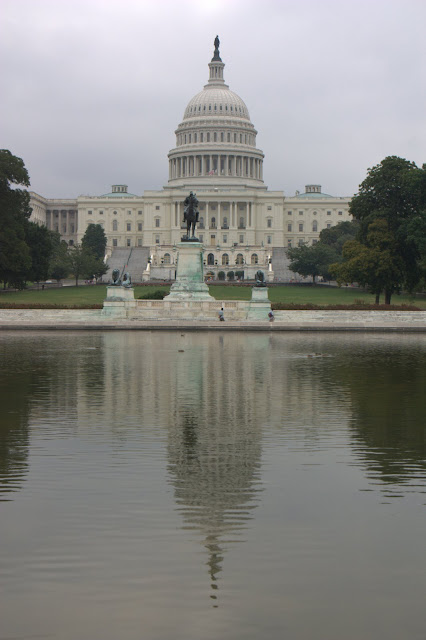 And the American Indian Museum: 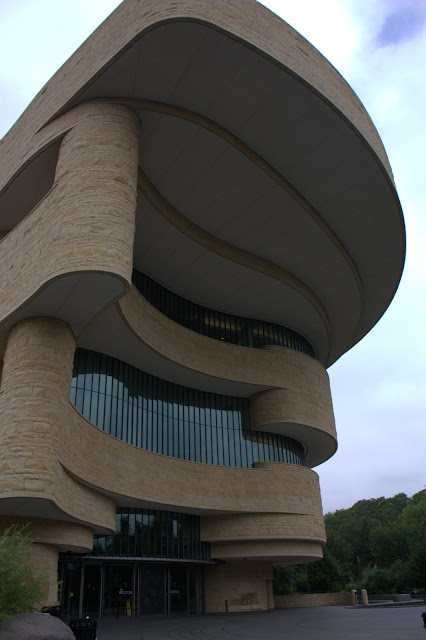 Posted by madscientist at 7:21 PM