I had some hopes for the picture from the airplane, although I knew as soon as I elected to not take my low light lens with me, I would want it.  But, the picture is not very good at all.  I was able to take the picture at 1/4 s exposure to minimize some of the airplane motion, but still, an airplane moves around a LOT.  The second picture I took because I thought the airplane picture turned out badly.  I was totally going for The Shining look.  I think that it accomplished this.  So, two for the price of one.  And, if you combine two marginal pictures, you get one really good picture, right??? 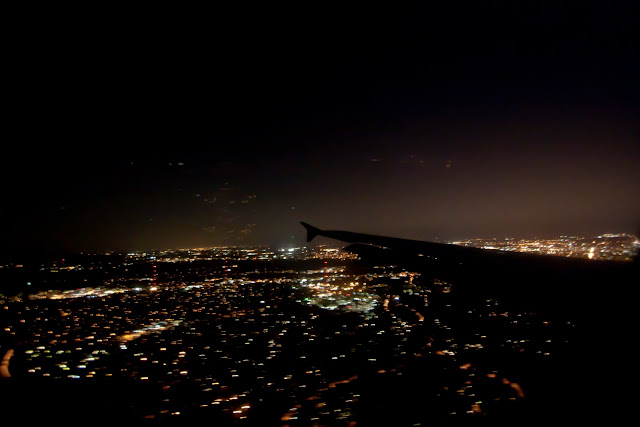 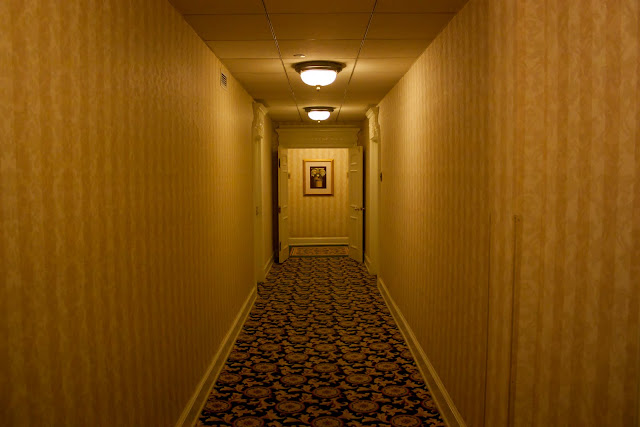 Posted by madscientist at 7:38 PM