I have finished going through my pictures from Australia, and have narrowed the 800 or so pictures down to 200 that are somewhat interesting or nice.  From these, I shall now try to convey the entire trip in five pictures (at this exact moment, I don't know which five - this is going to be exciting!)

I have to put a picture of Melbourne in here, since we were in Melbourne for many days.  I am not sure that many are very artistic though.  I am really a sucker for bridges.  I love them.  I don't feel like I do justice when I take pictures of bridges at all.  But, here is a bridge that I walked over many times: 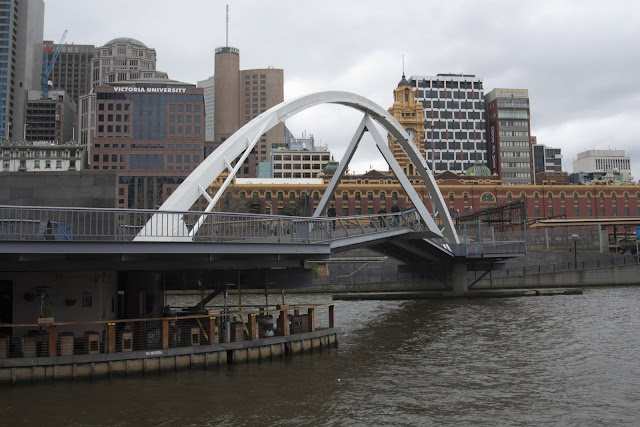 I figure that I should have at least two pictures from the Great Ocean Road.  This was the nicest part of the entire trip and really deserves more than two pictures.  This first one is from one of the places that you could stop and walk down to the beach. I won't really say that anything more about it. 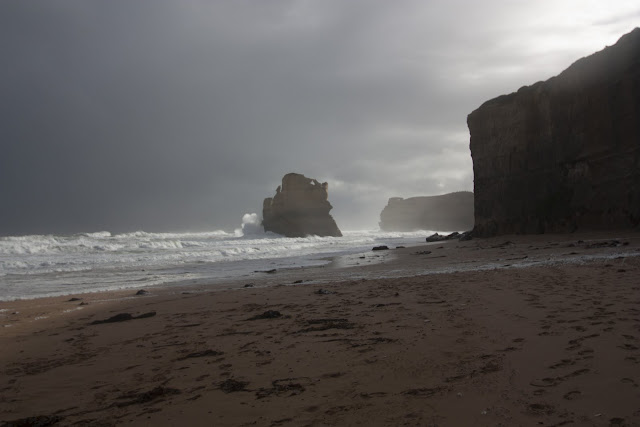 This is another picture of the 12 Apostles. There aren't 12.  It was unbelievable fabulous. 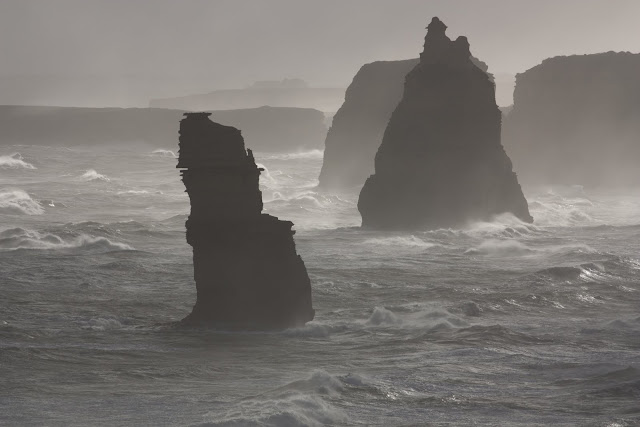 Moving on down the road....

Here a picture from the Taronga Zoo.  I took a good 350+ pictures here.  There are quite a few good ones, but this is one of the best.  This should be called "Juxtaposition". 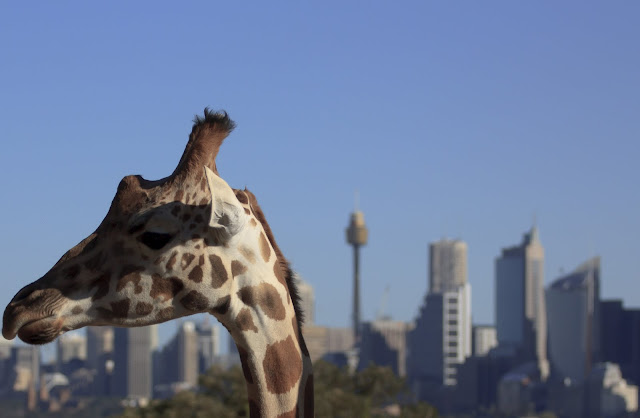 And the last picture..... This is probably very typical for a picture of Sydney, but how can you resist?  Well, I will throw a slightly different spin on it. 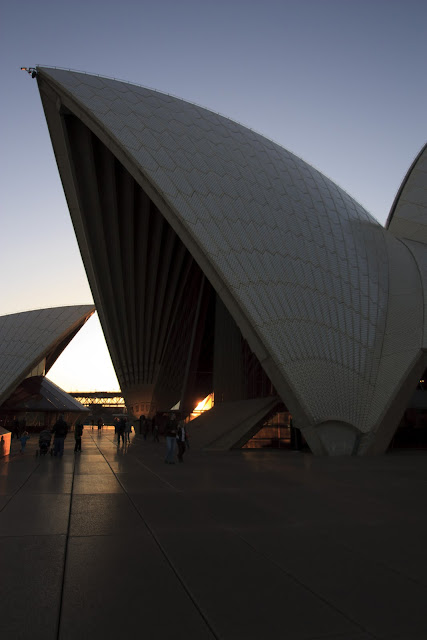 And that is Australia.
Posted by madscientist at 7:16 PM